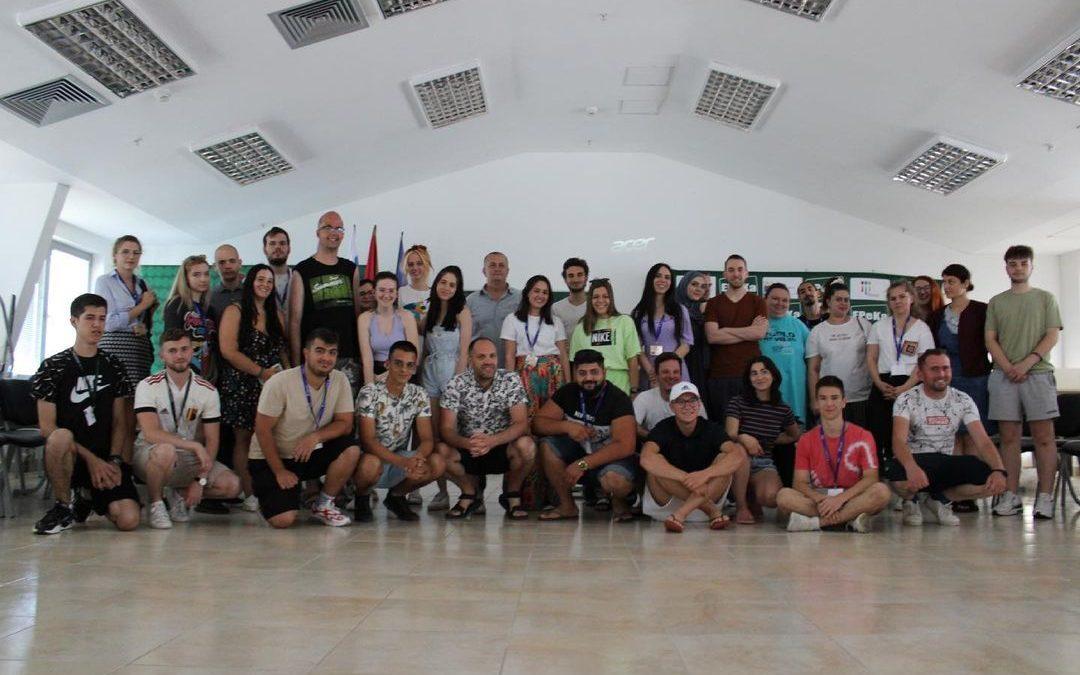 The participants were first given a lecture about corruption in the public sector by Epeka's youth trainer/mediator. Focusing on interactive methods, he first asked for all the participants’ opinions on the meaning of corruption in the public sector and then continued to explain it thoroughly in adequate terms, with visual presentations and imagery.

Participants were separated into groups of 5 to 7 people and were given a task to pick a field in which corruption can take place. Their task was to act out a real-life situation that they faced or witnessed, or even a fabricated scenario that contains examples of corruption occurring in a certain surrounding. They were given half an hour to come up with an idea and the execution of it. They presented their case, one group at a time, only by acting, leaving situations happening on stage open for interpretation and discussion.

To support this case study, the lecturer further presented participants with question to guide participants’ discussion of the case:

Participants then took their time to discuss all the mentioned topics and to compare their answers, thoughts and experiences. Groups of actors had an opportunity to further explain their intention and general idea of their act, contributing to the educational purpose of the exercise. 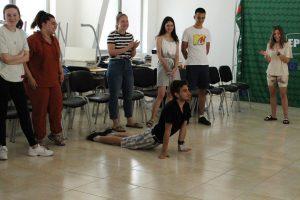 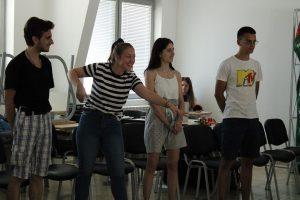 During this workshop, participants who were divided into national groups did their best to find articles on the internet about major or important cases of corruption in their country and to present the situation to colleagues from other countries.  They talked in groups about the problem, the scale of it, what it was about and how their country reacted to a problem of that kind, as well as how they would react if they were in a decision-making position in their countries of origin.

The police representative spoke about his many years of experience in the field, work at the state border, and cases he has encountered throughout his career.  He also shared information about the difficulties that Montenegro is currently facing in the field of corruption and which are currently applied ways to solve each problem individually.  In the second part of the lecture, he explained the most common types of corruption in Montenegro, what the basis of such actions is and how much corruption is rooted in everyday life. After the lecture, participants were invited to ask questions, which they did. They were interested in the percentage rate of corruption in Montenegro, the biggest scandals that have occurred on the political scene related to corruption, as well as many other issues.

The lecture was followed by a long and detailed discussion afterwards which opened a few questions. 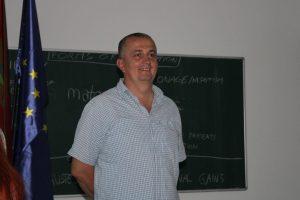 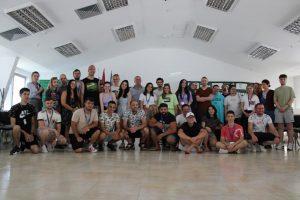 Some participants questioned the credibility of some of what was said at the presentation and Montenegrin participants argued that the real situation in the country is much worse than the figures show, and that this is much better seen in everyday life than through business involvement.  In the end, however, they agreed that they liked the presentation and had the opportunity to learn many things about the host country.

Introductory speeches at the conference were held by representatives of the Agency for the Prevention of Corruption – Director Jelena Perović and Goran Durutović. 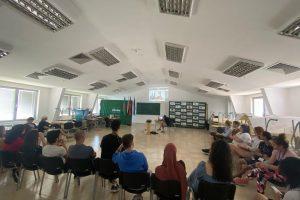 They assessed that the prevention and fight against corruption are the basic preconditions for moving towards any improvements in Montenegro and surrounding countries and they stated that Montenegro has set zero tolerance for corruption.

This activity helped the participants to exchange experiences with top experts in the field of anti-corruption, as well as to get information on improving the legal framework and strengthening domestic institutions that are directly involved in preventing and combating corruption.

During the conference it was also concluded and noted by the participants as well as lecturers that corruption affects every society and its consequences are expensive for citizens and the economy and that the fight against corruption deserves structural and long-term efforts and investments of all stakeholders. One of the conclusions was that each country should continue to implement constitutional reforms to ensure the independence and efficiency of the judiciary, as well as to strengthen the capacity of all state bodies, including the police, prosecutors, courts and anti-corruption agencies.

They emphasized that combating corruption in the application of the criminal law framework is a priority of every state. Further, successful work on combating and preventing corruption requires understanding and support from, first of all, the government and society, but also international partners. Cooperation and joint action are needed to combat corruption, introduce financial investigations into corruption-related cases and promote transparency and integrity in the public sector.

The online conference was held by experts who, with their experience and expertise, can additionally inspire young people to build new partnerships, apply new anti-corruption technologies and better understand the importance of existing anti-corruption mechanisms. 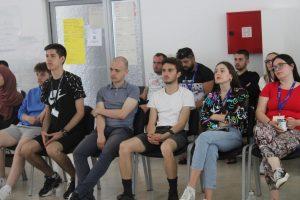 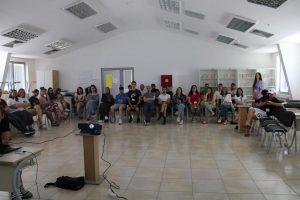 According to many, the most interesting workshop of this project helped the participants to develop their creativity while at the same time learning and educating themselves in the field of anti-corruption. The task for groups was to select a few of the corruption problems they have identified during education, presentations and lectures so far, preferably one that impacts participants and their countries directly and to make a cover page of a magazine containing news and headlines related to the topic of corruption. The outcome was more than satisfactory and the result in which they put their time, effort and preparation was excellent. It was accompanied by discussions about their choices of images, titles and subjects. Although most groups turned and referred to political headlines, some touched on corruption in health and sports, and even personal blackmail and corruption related to the environment, the IT sector and environmental protection.  They created multimedia examples of the front pages on their computers using all the creative resources available to them. 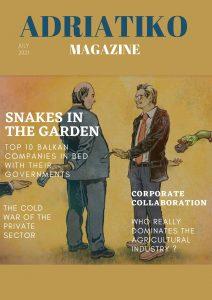 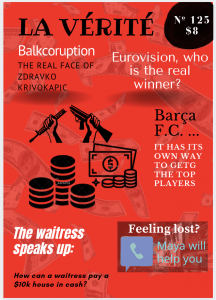 This workshop, together with the accompanying discussion, is a great example of teaching about media coverage of such topics in the news.

Preparations for the flash mob started on the first day – the participants gave ideas on how to make public action on this topic.  During the coming days, during which we had several discussions on the topic of flash mobs, the participants were divided into groups and given the task to design one flash mob per group.  After presenting their ideas and after voting from the audience, we came to the common conclusion that by combining a couple of good ideas we can achieve the best result. 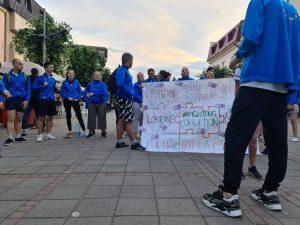 The idea for the flash mob was to examine the situation on the streets of Berane and ask passers-by the question “What kind of corruption have they encountered in their lives?”  Some of the participants were in charge of holding a large, pre-prepared banner. The banner consisted of puzzles joined into one large sign. On the banner, in each puzzle individually, were written types of corruption such as nepotism, bribery, money laundering, etc. The second group of participants was in charge of attracting attention with the choreography and sounds we prepared. The third group, which included participants who spoke the maternal language spoken in Montenegro, called on people to mark all the forms of corruption they had experienced in their lives on a large banner. Flash mob attracted a lot of attention in the city center where it was held and many people responded and left their contribution. 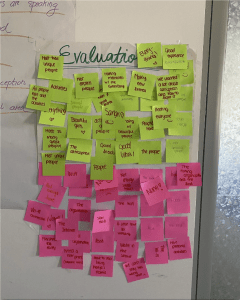